Why are Surgical Linens and Gowns Green? 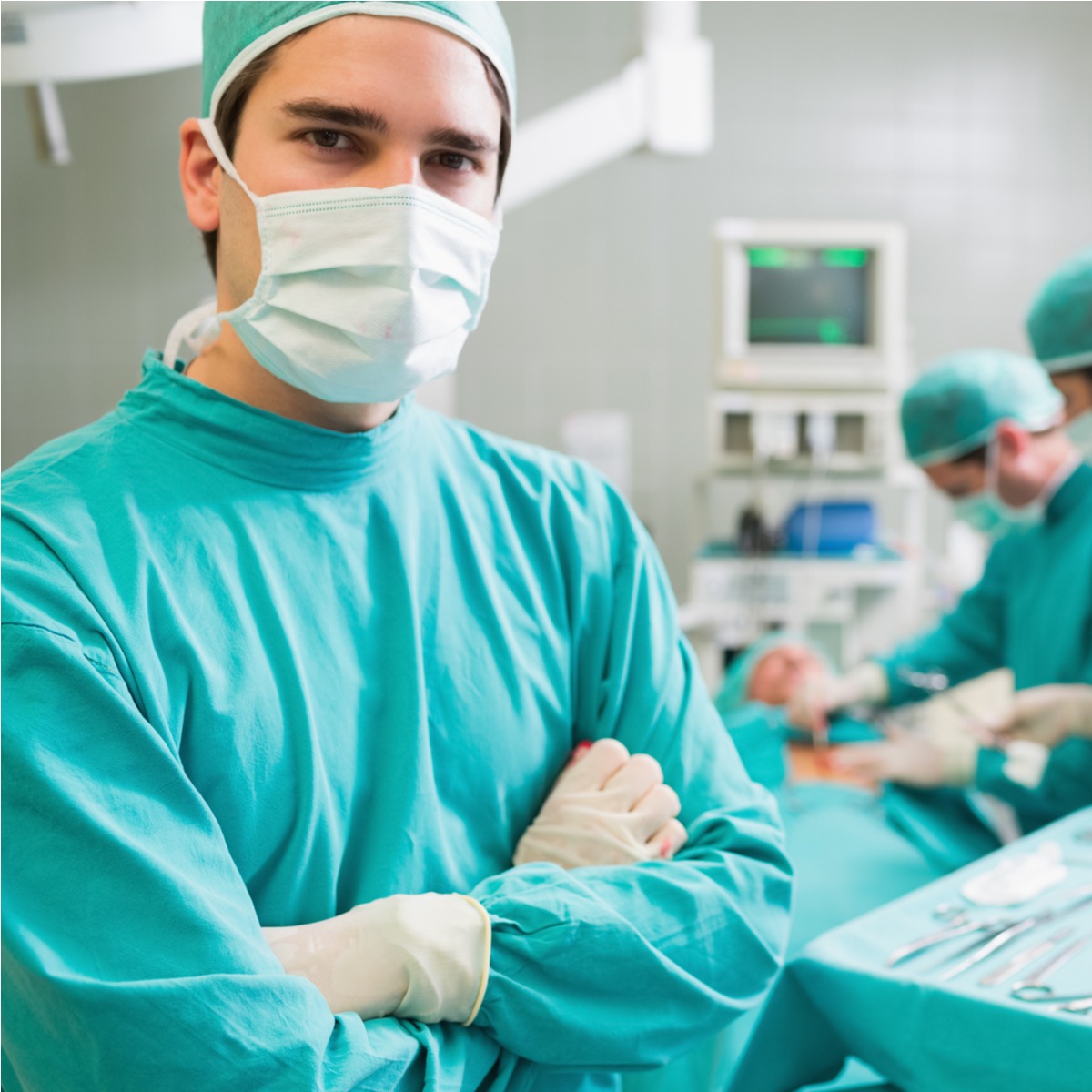 Among most medical facilities, uniforms vary widely. You could walk into two different emergency rooms in two different hospitals and find medical professionals that are wearing entirely different colors. But there’s one place where everyone wears the same color: the operating room.

Surgical linens, surgical gowns and surgical scrubs are almost always green, but why? We did a little digging around to try to figure out why this color remains the one and only choice for operating room textiles.

So, why are surgical linens and gowns green (and occasionally teal)? The answer isn’t exactly as straightforward as you might think.

In the 1700s and before, surgeons didn’t even have special apparel to change into when operating. They wore regular clothes, occasionally removing their coats and rolling up their sleeves. In the 19th century, surgeons wore black coats, which eventually became white frocks over their regular clothes. Gloves became standard by 1916, and the use of surgical masks became standard by the 1920s.

Scrubs on the Scene

Eventually, doctors realized that it was safer and more sterile to put on a new set of clothing during surgeries, rather than simply wearing surgical attire over their everyday clothes. Usually, these garments were white to make cleaning easier, but this led to some problems.

With the rise of electricity, which of course replaced low, natural light in operating rooms with bright lights, surgeons began experiencing serious glare. There was also a ghosting effect, which created a haze when shifting gaze from the blood-red insides of their patients to white backgrounds. This reduction in vision makes a huge difference in surgery, where every millimeter matters.

In 1914, one San Francisco surgeon came up with a solution to this problem. He suggested that white be replaced with green, because green is “less wearisome to the eyes” and also minimizes glare.

Green also helps to sort of “reset” surgeon vision. Green is the opposite of red on the color wheel, which makes green an important focal point. Often, after staring at the reddish organs and body parts that surgeons are working with, the colors and objects start to blend together. Green provides a valuable contrast that helps surgeons distinguish between different shades of red and pink.

The American College of Nursing recently posted a few guidelines for operating room attire that are available here.

Contact us today for surgical textiles that are safe, comfortable and cost-efficient!

Does Your Medical Linen and Uniform Supplier Meet Your Needs?
December 1, 2021

What Professional Medical Linen Service is Like
August 28, 2021
Go to Top
Translate »