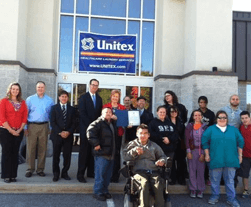 Medical Linen and Uniform Service in 2021: Confidence Through Unitex
December 10, 2020