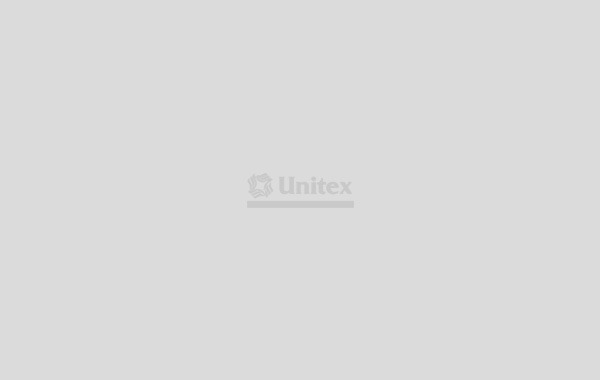 For almost two years, Lisa Sokoloff was unemployed after the plant in Spotswood where she had worked shut down.

“I was told I was overqualified, or places just weren’t hiring,’’ she said. “Then I heard about this.’‘

Sokoloff recently landed a job as a fork-lift operator at Unitex, a commercial laundry operation that opened on Van Dyke Avenue in New Brunswick at the end of May. Unitex currently has 100 employees and plans to expand to a workforce of 250.

“The city of New Brunswick has a good understanding of how to attract business,’’ said David Potack, one of Unitex’s owners. “They were excited about the prospect of us coming there.’’

Its success in attracting businesses is one of the reasons New Brunswick has one of the lowest unemployment rates among New Jersey’s urban areas, according to data from the federal Bureau of Labor Statistics.

In May, the Hub City’s unemployment rate was 8.5 percent, federal reports show. Only Hoboken, at 5.5 percent, had a lower rate among the Garden State’s 25 cities.

In comparison, Perth Amboy was at 17.2 percent, Plainfield at 11.2 percent, Trenton at 13.1 percent, Long Branch at 9.3 percent and Linden at 11.7 percent. The rates for the state’s largest cities were far greater, including Newark, which was at 15.7 percent.

In June, for which only preliminary numbers are available, New Brunswick’s rate seems to have climbed to 9.8 percent, which puts it fourth among New Jersey cities, with just Hoboken, Long Branch and Englewood showing lower rates.

The federal government on Friday announced the latest national unemployment numbers, which droped from 9.2 percent in June to 9.1 percent in July.

The national data is generally above a month ahead of local figures. New Jersey’s June unemployment rate was 9.5 percent.

“New Brunswick has many jobs in sectors that have been holding very steady – education and health care,’’ said Glenn Patterson, the city’s director of Planning, Community and Economic Development. “You haven’t seen major job losses in those areas as you have in other sectors in recent years.’’

Patterson said the city doesn’t necessarily recruit new employers like Unitex, but tries to make it easier to relocate to New Brunswick by eliminating as much red tape as possible. Some of what the city does is as simple as putting its construction, engineering and planning offices in the same building so companies can navigate the municipal bureaucracy more easily.

But not everyone in New Brunswick can find a job. Folks looking for work at the unemployment offices on Jersey Avenue were surprised when told the Hub City had better employment rates than other urban areas in the state.

“I’ve been looking for more than six months and I can’t find anything,’’ said Deborah Mann, who lost her job when St. Peter’s University Hospital on Easton Avenue revised its food services program last year.

Mann said part of her difficulty was that immigrants who have settled in New Brunswick are taking job at the lower end of the pay scale. “They’re willing to work for less than us,’’ said Mann.

Jerome Griffen, 44, says he has been unable to find steady work for the past three years.

“You can get something temporary, but nothing permanent,’’ said Griffen. His unemployment benefits have expired and now he’s on public assistance. For the past several weeks, he has had to report to workforce training office at Jersey Avenue to do computer job searches from 9 am to 4:30 pm every weekday.

“They make you jump through hoops for $140 in cash and $200 in food stamps,’’ Griffen said of the workforce program.

Tina Robinson has been working full-time as a cafeteria employee for New Brunswick Public Schools for the past five years, but during the summer she stops getting paid. She doesn’t qualify for unemployment benefits, Robinson said, but she can get public assistance.

Joe Raposo said he’s afraid he’ll become homeless at the end of the month when the house where he lives in a basement apartment goes under foreclosure.

Three years, he said he had made $30 an hour working at the Star-Ledger’s printing plant in Piscataway. When he lost that job to cutbacks, Raposo said he was able to continue paying his rent with unemployment benefits. But those benefits ran out after two years, and with his landlord’s foreclosure looming, he stopped paying rent.

Sokoloff said her unemployment benefits were ready to run out right before she landed the job at Unitex. Other employees interviewed during their lunch break at the plant indicated a variety of experiences. Several said they left part-time jobs to take positions at Unitex. The new company also took in a group of workers who had been employed at the laundry at St. Peter’s hospital, which has been closed.

Unitex officials had come to the St. Peter’s laundry before the closing to let them know the new company was willing to take on folks who losing their jobs, workers said. The wages and works conditions at the new place are pretty much the same as those at St. Peter’s, employees said.

“New Brunswick’s access to major roads was a significant factor in us picking that location,’’ said Potack. “Also, we felt there was an excellent workforce in the area with a good work ethic, and it’s turned out to be better than represented.’’