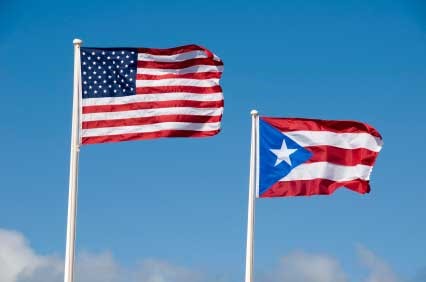 Perth Amboy, NJ— Mayor Wilda Diaz of Perth Amboy, NJ, held a press conference late last week to honor Unitex and other Perth Amboy based businesses and community partners for their generous efforts in providing assistance to Puerto Rico since Hurricane Maria devastated the island. Over the past three weeks, 400,000 pounds of goods and nearly $50,000 were collected as part of the city’s fundraising effort. Unitex’s Med-Apparel Division in Perth Amboy donated funds to go towards the relief effort.

According to the Mayor, trucks taking the first shipment just completed the first leg of their journey for the Port of Jacksonville in Florida, where supplies were loaded on ships sailing to San Juan, Puerto Rico, this past weekend. The supplies will then be delivered to San Sebastián, a city in desperate need of supplies and support. Another shipment from Perth Amboy is expected to go out in the next several days. Thousands of people, businesses and nonprofit organizations responded to Perth Amboy’s communitywide call for assistance, including the team at Unitex.

This donation is one of many that Unitex has made over the past few weeks to help communities hit hard by hurricanes.  Last month, Unitex aligned with the Shelter and Rescue Partnership to donate thousands of pads to shelters in Houston and Florida for displaced animals. Additionally, Unitex donated scrubs to the team of healthcare providers from Northwell Health in Long Island who travelled to Houston post Hurricane Harvey to relieve doctors and nurses at the city’s premier cancer center.

Unitex is a huge advocate for giving back to those in need and supporting the efforts in Puerto Rico was something the company wanted to stand behind.

“We are inspired by the City of Perth Amboy and everyone who has come together to help the various communities in Puerto Rico,” said David Potack, President of Unitex. “The past few months have been challenging for many so it’s important to see business leaders like those in this city lend a helping hand.  We are happy to be a part of that.”

Start 2023 Right with Healthcare Linen and Uniforms from Unitex
December 19, 2022